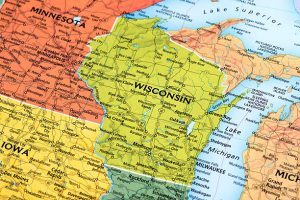 Numerous states, including Wisconsin and Georgia, have enacted statutes that limit the amount of non-economic damages a plaintiff can recover in a medical malpractice action. In addition to economic damages, juries can award plaintiffs damages for emotional injuries, like loss of consortium or loss of companionship, but in states that have passed legislation capping the amount of recovery, the decision is essentially removed from the jurors’ hands and placed in the hands of legislators. Lawmakers generally defend damages caps on the grounds that it contains the cost of healthcare by discouraging “defensive medicine.” However, the recent ruling out of the Wisconsin 1st District Court of Appeals found that the cap violated the Equal Protection Clause of the Constitution, as the cap allowed for full awards for less injured patients, but resulted in reduced awards for the catastrophically injured.

Conversely, doctors and insurers will be inherently opposed to the ruling, as without a cap on non-economic damages their liability, and thus costs of seeking protection from that liability in the form of medical malpractice insurance, will rise. In deciding whether to enact recovery limits, the state legislatures must balance the interests of keeping the cost of healthcare low with allowing plaintiffs to fully recover for harm caused by the negligence of doctors. One important consideration is to whom should the burden of offsetting the costs of those mistakes fall; the party making the mistakes, or the victims? Where recovery limits are imposed, the doctors are not forced to bear the full risk of their own negligence, as they are protected by statute, no matter how egregious their errors or omissions may be. It seems natural that the doctors, who stand to benefit from the transaction if successful, should then bear the risk of complete liability for any harms caused during that transaction, whether emotional or otherwise. The rationale that the recovery limits somehow keep the costs of healthcare low are speculative at best, as even though states have maintained recovery limits health insurance premiums have risen. Admittedly, increases in healthcare prices are more directly tied to the controversial Affordable Care Act, but without a significant and legitimate showing that recovery limits somehow benefit the public, how can the state legislatures continue justify the caps? If caps do not keep the prices of healthcare down, the insurance providers and doctors are benefitting at the expense of injured plaintiffs.

The significance of this case is as limitless as a plaintiff’s recovery might be without the statutory damages cap. The theory that damages caps somehow help everyday Americans is no longer a persuasive argument. It is evident that doctors and insurance companies disproportionately benefit from the caps, while injured persons are prevented from being fully compensated. Individual’s seeking treatment are suffering a detriment in that their ability to recover is limited, while receiving no benefit as the national cost of health insurance is trending upwards. If the Wisconsin Supreme Court rules against the damages limit, it will be a major victory for the unsuspecting victims who may be harmed in the future. While abolishing the statutory damages cap may result in an increase in healthcare costs, at least with that increase the patients will be receiving a tangible benefit in that if they are injured, they will be permitted to fully recover an amount that the jury deems is just. It is unclear how the Wisconsin Supreme Court will rule on the issue, but the national medical community and medical malpractice attorneys will be eagerly monitoring the case, as the disbursement of potentially hundreds of millions of dollars weighs in the balance.

The Law Offices of Kevin C. Ford represent clients and their estates throughout the state of Georgia who were seriously injured or died as the result of medical malpractice. As such, The Law Offices of Kevin C. Ford is currently accepting these cases throughout Georgia. It is not uncommon for medical malpractice victims to suffer catastrophic and life changing injuries requiring expensive medical bills and future medical and therapeutic treatment. Mr. Ford can help injured victims obtain monetary compensation necessary to pay for past, present and future medical care and provide for a new start. Please contact us today for a free consultation.