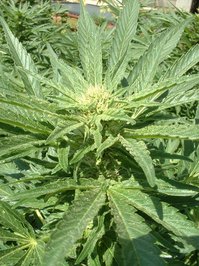 A recent study conducted by the Highway Loss Data Institute is raising red flags about the legalization of marijuana for recreational use and its correlation to an increase in the number of vehicle collisions reported to insurance companies in Colorado, Oregon and Washington. The study compared the collision rates of Colorado, Oregon and Washington both before and after each state passed the legalization initiatives with the rates from Nebraska, Utah and Wyoming, where marijuana is still illegal. According to the Institute, since marijuana was legalized, claims are up 6.2 percent in Washington, 4.5 percent in Oregon and 16 percent in Colorado. The increase in reported collision rates appears to correlate to the lapse of time since the legalization, with Oregon being the most recent to legalize marijuana and having the smallest increase out of the three states, and Colorado being the first to legalize marijuana and having the greatest increase.

Critics of the study question the validity of the findings, as population densities in Nebraska, Utah and Wyoming have significantly less dense population centers than Colorado, Oregon and Washington. However, according to researchers, the study accounted for factors such as the number of vehicles on the road, the driver demographics, employment status and weather. Certainly such variations will affect the outcome of a study to some degree, but the significant increase in reported traffic collisions should not be minimized. While the Highway Loss Data Institute cautioned that the study did not look at highway fatality rates nor did it allege that the increase was directly caused by drivers who were high, the findings did indicate a greater crash risk to all drivers on the road.

To be sure, some of the increased percentage could be linked to an increased willingness of high-drivers to report traffic collisions due to the decreased risk of criminal culpability. While driving high is still unlawful, modern technology currently provides no means of determining the degree of influence a marijuana user may be under in a manner similar to that of a breathalyzer test for blood alcohol concentration. Thus, if the driver believes he can conceal the fact that he is under the influence of marijuana and he in possession of the substance, he will be far more willing to contact local law enforcement officials to report a collision than if he were in a jurisdiction that still outlaws pot. More significantly, as more and more states pass initiatives legalizing marijuana for recreational use, the rate of marijuana consumption will inevitably climb and the rate of high drivers will follow suit. After all, high drivers have a significantly greater chance of getting away with driving under the influence than drunk drivers due to the absence of any on-scene testing mechanism.

Presently, Colorado, Oregon and Washington all prohibit marijuana consumers from transporting the substance across state lines, even to other territories that have passed similar recreational initiatives. But, based on the results of the Institute’s study it appears that the law in its current form is doing little to combat or mitigate the increase in reported collisions. The legislatures in each state could do more to deter high drivers from taking to the road, such as requiring drug testing for any driver found to be at fault for an auto accident. Such a policy has yet to be scrutinized under the 4th Amendment’s protections against unreasonable search and seizures, but an argument can be made that because no on-scene test exists for marijuana such a policy would be sufficiently narrow to pass muster in the courts. Admittedly, the amount of revenue the recreational-use States currently enjoy from marijuana sales may prevent the enactment of such a policy.

Because some of the states bordering Colorado did not see the same increase in traffic collisions, namely Nevada, Wyoming and Utah, it can be inferred that high drivers are not spilling over into those territories, yet. This should be of particular interest to Georgia, as Florida Governor Rick Scott just signed SB 8A, expanding its medical marijuana operations. While Florida’s expansion of its medical marijuana operation is not nearly as expansive as the recreational initiatives on the West Coast, the increased availability of the substance will likely result in an increase in marijuana users and thus, high drivers in and around the Sunshine State. Florida’s passage of the bill is distinguishable from those on the West Coast because it is set to become the only state in the South East that has authorized such permissive uses.

As Georgia will likely see the greatest impact of an increase in high drivers traveling to and from the Sunshine State, Georgia drivers involved in collisions should be on the look out for signs that the other driver is operating the vehicle under the influence of marijuana. If such signs are present, drivers should contact law enforcement immediately so evidence can be properly preserved and the scene of the accident can be thoroughly documented and investigated.

Please note that the Law Offices of Kevin C. Ford is currently accepting car crash, truck accident and vehicular wreck cases throughout the State of  Georgia. If you or a loved one has been injured as the result of the tortious conduct of a motorist that was impaired by drugs and/or alcohol, then please contact me immediately, as time if of the essence and crucial information and evidence needs to be secured as soon as possible.  We have the necessary experience to help you!