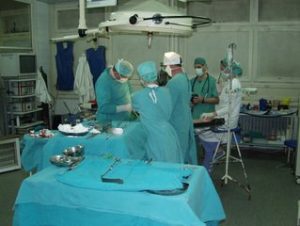 A recent decision handed down by the South Carolina Supreme Court in Patton v. Rock Hill Gynecological & Obstetrical Associates, P.A., et. al.,  expanded the parties whom may bring a claim for a child’s medical expenses. The holding applied a broadened interpretation of Rule 17(a) of the South Carolina Rules of Civil Procedure, which provides, “Every action shall be prosecuted in the name of the real party in interest.” By definition, a real party in interest is “the party who, by the substantive law, has the right to be enforced. It is the ownership of the right sought to be enforced which qualifies one as a real party in interest.” Bank of Am., N.A. v. Draper, 405 S.C. 214 (Ct. App. 2013). Other commentaries regarding the equivalent Federal Rule provides that “the action should be brought in the name of the party who possesses the substantive right being asserted” and “the ‘real party in interest’ . . . is defined as the person holding the substantive right to be enforced, and not necessarily the person who will ultimately benefit from the recovery.” Charles Alan Wright, Arthur R. Miller & Mary Kay Kane, Federal Practice and Procedure § 1541 (3d Ed. 2010). Georgia has a similar provision, O.C.G.A. § 9-11-17, which provides “if an infant or incompetent person does not have a duly appointed representative, he may bring an action by his next friend or by a guardian ad litem.”

In Patton, the mother filed a medical malpractice lawsuit in November, 2009 only in her capacity as Alexia’s “next friend” and sought damages for her daughter’s injuries and past and future medical expenses arising from her obstetrician’s improper management of the resolution of shoulder dystocia. The primary issue reviewed by the South Carolina Supreme Court revolved around the fact that Patton brought the claim only in her representative capacity-and not in her own capacity. The defendants argued that Patton could have recovered damages for the minor’s medical expenses if she sued in her own capacity, but not in her capacity as the minor’s representative, pursuant to Rule 17(a) of the South Carolina Rules of Civil Procedure. The Supreme Court analyzed whether Patton was a real party in interest categorically by each type of medical expenses, and held that Patton would be a real party in interest in her individual capacity if she had an obligation to pay each type of medical expenses. The Court held that the first category, those incurred at the time of trial, were recoverable by Patton because she was a real party in interest, as she was obligated to pay them in her individual capacity. Patton was also a real party in interest as to the second type of medical expenses, those covered by Medicaid. Because the Medicaid expenses had no third-party payor, and were actually paid by the parent, a representative had no obligation for reimbursement, and thus the parent is the only real party in interest.

Thus, the ruling is a victory for potential plaintiffs who may not, at the time of the commencement of the action, be “a real party in interest,” as the failure to satisfy the requirement will not alone provide a basis for a dismissal of the cause of action. This is particularly important for parents seeking compensation on behalf of minor children who otherwise would not have the capacity to bring suit seeking compensation for their own harms, as they now have an added layer of protection available through the South Carolina Supreme Court holding that reinforces Rule 17(a) in South Carolina, which has many identical rules in other jurisdictions.

Please note that the Law Offices of Kevin C. Ford is currently accepting serious infant and child injury cases throughout the State of  Georgia. If your child or a loved one has been injured as the result of the tortious conduct of another, then please contact me immediately, as time if of the essence and crucial information and evidence needs to be secured as soon as possible.  We have the necessary experience to help you!