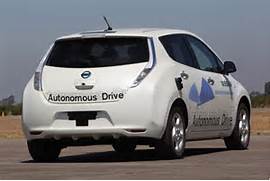 The California Department of Motor Vehicles indicated this week that an updated set of proposed rules for self-driving cars would only require companies that test self-driving cars to notify local authorities about when the testing would occur, but need not ask for permission. Peter Sweatman, predicted that fully autonomous cars will probably be in use for ride-sharing and parcel delivery within 18 months, and according to the California Department of Motor Vehicles, forty-two companies are already testing 285 autonomous vehicles with backup drivers on California roads. Current California rules require a human driver as backup on public roads; however, the updated set of proposed rules may not include a human driver requirement. This disclosure should concern interested parties from several different viewpoints.

First, safety concerns of pedestrians and other drivers on the road should be the primary focus of inquiry where autonomous vehicles are operated without human oversight. Not only does all technology inevitably malfunction, but the hacking of new technologies has become increasingly prevalent in today’s society. The hacking of consumer data and personal information has been the primary focus recently, but that could change if hackers are given a new target with no human fail-safe in place. For example, the malfunction of a navigation system of an eighteen-wheeler could result in numerous fatalities, particularly in California where the roads are consistently congested. The consequences are largely speculative at this point, but if commercial vehicles full of consumer goods are entirely autonomous, it is plausible to suggest that hackers could enter the vehicles navigation system and alter destinations, or cause the vehicle to crash and destroy the vehicles payload. Such an accident would be widely publicized and would likely have significant impacts on a company’s stock.

Moreover, the legal issues and concerns about removing a human fail-safe requirement are numerous. Parties ranging from the programmers of the software in the autonomous vehicles, to the corporation utilizing the service to distribute goods for profit could be strictly liable to any parties injured. Any crash involving an autonomous vehicle will almost certainly result in the initiation of a lawsuit alleging products liability against the manufacturer of the vehicle and programmer of the autonomous driving system, as well as claims in negligence against any company that employs the services. In such a case, the products liability suits could be based upon either manufacturing or design defects.

As to a design defect, the plaintiff would have a strong argument that even though the product was manufactured as intended, a design that does not require human oversight is unreasonably dangerous. More specifically, in design defect cases courts use the “Risk-Utility Balancing Test” which finds a product defective if a jury determines that the danger the design threatens outweighs its utility to society. As to a manufacturing defect, a manufacturer can be held liable where the product is manufactured in a form other than the manufacturer intended. Thus, where a navigation system is involved in a crash, an injured plaintiff would have an argument that the system was designed to prevent a crash and the existence of the crash, by itself, shows that the navigation system was defectively designed. Any products liability suit would likely contain a combination of the two legal theories, although a plaintiff will most certainly have a strong likelihood of prevailing under each theory standing alone.

Additionally, the removal of human operators from autonomous vehicles would have a significant effect on the unemployment rate of areas that enact such policies. While such an action would reduce corporate expenses on paying drivers and providing such drivers with benefits, the net impact may be negative on the community in which autonomous vehicles operate, as the consumer pool would shrink if the workforce in that area were largely former commercial drivers. While it would be improper for a jury to consider an economic impact in hearing a products liability case, most jurors would certainly be aware of a corporation’s decision to eliminate human jobs in favor of streamlining business operations and may tend to hold that against the manufacturer when deliberating. The risks of eliminating human oversight seem endless, so while the economic impact would be beneficial for corporations in the short-term, one products liability lawsuit could completely reverse the apparent trend in the industry to go fully-autonomous.

The Law Offices of Kevin C. Ford have more twenty five years of experience in handling the car crash and truck collision claims of Georgia accident victims, and if you or your loved ones have been the victims of such accidents in Georgia, we can help you, too. Contact us today, to speak to an attorney right away. As always, the consultation is free, and there is no obligation. Call us, or use the online form. We are available to answer all your questions.