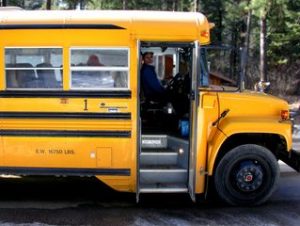 I field a good number of calls every year from concerned parents regarding injuries to their children at school.  The injuries usually occur on the playground or from other students (bullies) in the classroom.  The parents are upset as they claim that the injuries could have been prevented by proper supervision by the teachers and/or administrators. Typically, I tell the parent that it is quite difficult to pin liability on the teacher and the school for these harms.  A recent court case on this very issue was published today by the Georgia Supreme Court and is instructive for future student injuries at school.

In Barnett v. Caldwell, S17G0641, a high school student, Antoine Williams, was engaging in horseplay with another student at Benjamin E. Mays High School, a school in Southwest Atlanta.  The attending teacher, Phyllis Caldwell, left her classroom unattended around 2:45 p.m., and asked another teacher to “listen out” for her class.  Ms. Caldwell did not instruct the hall monitor to watch her class.

Antoine and another student were horsing around and Antoine fell to the ground with the other student on top of him.  The incident caused Antoine to lacerate a major blood vessel by a dislocated collarbone.  EMT took Antoine to the hospital where he was pronounced dead.

Ms. Caldwell represented to the principal that she was in the classroom the entire time.  An independent company conducted a separate investigation and determined that Caldwell was absent from the classroom when the incident occurred. Caldwell later contended that she needed to use the restroom.  The student faculty handbook stated the classroom teacher “…is solely responsible for…supervision of any student in…her classroom.  Students are never to be left in the classroom unsupervised by an APS employee.”  Neither the term “supervise” nor “unsupervised” are defined in the handbook.

Antoine’s parents sued Caldwell for wrongful death based on negligent supervision as she left the classroom.  The trial court found in favor of the teacher as her absence from the classroom was a discretionary act (an act involving personal judgment and deliberation) that entitled her to official immunity from the duty to supervise students in the classroom.  Official immunity basically means that a public official would not be liable for injuries to others as long as that official was exerting official authority.

The parents of Antoine appealed the case to the Georgia Court of Appeals on the sole issue of whether or not the teacher was entitled to official immunity under these facts.  This Court noted that long standing legal authority that teachers can be held liable for injuries while performing official acts of a teacher when performing ministerial acts (acts by public employee without exercising personal judgment that require execution of a specific duty), intentional acts or actual malice.  Of course, in this case, Ms. Caldwell did not intend to injure Antoine and there was no evidence of malice.  Thus, the question was the teacher’s act of leaving the classroom to use the bathroom a discretional or ministerial act?

The law in Georgia is that student supervision is generally a discretionary action – thus, teachers would be protected from suit under official immunity.  Yet, whether an act is discretionary or ministerial is a fact question that is determined on a case by case basis.  A review of the student handbook policy was required to determine if supervision was a ministerial function that required no judgment.  Since the terms “unsupervised,”, “supervise”, or “supervision” were not defined in the handbook, the Supreme Court concluded that the duty to supervise students was not absolute or a definite duty for a teacher to be physically present in the classroom at all times as the policy required a teacher to use personal deliberation and judgment on when to leave the classroom and how to establish supervision in her classroom during the absence.  Thus, Ms. Caldwell has discretion to make the choice based on facts then existing at the time of her absence.  The Court did not decide whether Ms. Caldwell’s decision to leave the classroom was smart or not – it was in her discretion to make a poor or wise choice.

The significance is that this holding recognizes that Georgia’s constitution provides official immunity to teachers who make stupid decisions while exercising discretionary acts.  The holding also is a gift to school districts that have unclear and undefined policies regarding student supervision.  In light of this opinion and in order to protect our sons and daughters in school, the legislature and school districts should now work toward redefining policies and handbooks that are definite and specific ministerial duties.

The Law Offices of Kevin C. Ford represent injured students in Georgia.  If you or a loved one have been injured by a teacher or school district, then please contact an experienced lawyer immediately.  Time is of the essence as crucial information and evidence needs to be secured as soon as possible. The Law Offices of Kevin C. Ford is currently accepting cases throughout the State of Georgia. Contact us today to secure your rights