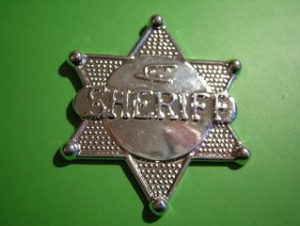 The Driver’s Privacy Protection Act (DPPA) generally protects the personal information of civilian citizens that is contained in government databases from access by government employees for reasons other than legitimate law enforcement purposes. Because of the special authority positions held by law enforcement personnel and the potential for abuse of that power, DPPA provides that the court may award actual damages, punitive damages, as well as attorneys’ fees and other reasonably incurred litigation costs. Such damages may be awarded for each instance that a person knowingly obtains, discloses, or uses personal information from a motor vehicle record with an improper purpose.

The facts of Ela v. Destefano represent the exact type of circumstances DPPA was enacted to protect. Kathleen Destefano was an Orange County Sheriff’s Deputy who was romantically involved with Dennis Ela while he was married to Theresa Ela. Using her access to law enforcement databases, Destefano searched for Mrs. Ela while sitting alone in her patrol car 101 times. According to the record, Destefano used Mrs. Ela’s name to review photographs, addresses, vehicle information, and the like without any legitimate law enforcement purpose. Destefano’s misuse was not discovered until Mrs. Ela requested access to public records and discovered Destefano’s misuse of the databases. Mrs. Ela subsequently complained to the Professional Standards Division of the Orange County Sheriff’s Office and she filed a civil suit against Destefano seeking compensation for emotional distress, over $1,000,000 in compensatory damages and $153,787 in attorney’s fees. However, she was awarded only $15,379 in attorney’s fees and $2,500 in liquidated damages, which she appealed to the 11th Circuit Court of Appeals.

On appeal, Mrs. Ela argued that the statute’s plain language explicitly required $2,500 per violation, entitling her to over $1,000,000 in liquidated damages. The Court of Appeals, however, disagreed, holding that the award of any damages under DPPA was permissive and discretionary, “therefore, the district court, in its discretion, may fashion what it deems to be an appropriate award.” Thus, the Court of Appeals upheld the District Court’s award of $2,500 in liquidated damages and rejected Mrs. Ela’s arguments for $2,500 in compensation per violation.

Next, the Court of Appeals addressed the District Court’s award of attorney’s fees in the amount of $15,379, compensating Ela’s attorneys for 48 hours of work. Courts will award a “reasonable attorney’s fee,” which is calculated by multiplying the number of hours reasonably expended on the litigation multiplied by a reasonable hourly rate. That amount, called the lodestar, is then analyzed under the 12 factors as set forth in Johnson v. Georgia Highway Express, Inc., 488 F.2d 714 (5th Cir. 1974). These factors include (1) the time and labor required; (2) the novelty and difficulty of the questions; (3) the skill requisite to perform the legal service properly; (4) the preclusion of employment by the attorney due to acceptance of the case; (5) the customary fee; (6) whether the fee is fixed or contingent; (7) time limitations imposed by the client or the circumstances; (8) the amount involved and the results obtained; among others.

The opinion handed down by the 11th Circuit Court of Appeals is an important precedent for plaintiffs who prevail under statutes that grant an award of attorney’s fees. In holding that the factor requiring an analysis of the results obtained cannot outweigh the eleven other factors, the Court of Appeals ensured that even where prevailing plaintiffs receive only a minimal actual or compensatory damages award, they can still recover the full amount of their attorney’s fees. Otherwise, the prevailing plaintiffs will likely still owe their attorneys a greater amount than they actually recovered in the suit, rendering any judgment received insufficient to compensate the plaintiff for his or her loss. The most important consideration in analyzing the results of a civil suit is whether the plaintiff is sufficiently compensated for the injury or damages suffered, and this 11th circuit opinion rightfully furthers that consideration.

The Law Offices of Kevin C. Ford is currently accepting injury cases, including car crash and truck accidents,  throughout the State of  Georgia. If you or a loved one has been injured as the result of the a negligent motorist, then please contact me immediately, as time if of the essence and crucial information and evidence needs to be secured as soon as possible.  We have the necessary experience to help you!