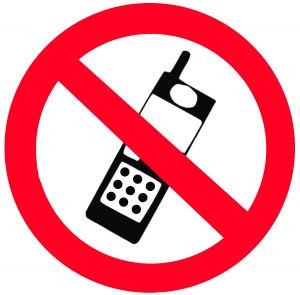 Is technology a blessing or a curse? There’s a terrifying realization that every moment over 1,000,000 Americans are using their phone or other electronic devices while driving. Texting and driving has become extremely rampant. Look around and you will always see someone doing something with the phone while they are supposed to keep their eyes on the road. I have come to realizee that most Americans use their phones while driving yet they constantly lie about it.

Most of them of course are opined that they are pros that have defied all studies that are against texting and driving. They believe that they are good at what they do and have surpassed everyone. Well here is the plain truth folks! Texting and driving is unsafe for everyone including you!! Unless you don’t value your life, you are treading on a very dangerous road!

The truth of the matter is, in case you are arrested because of texting and driving or injuring someone, you are likely to lie about it. However, technological advancement enables data retrieval that will be used to prove that you were actually texting and driving at the time of may be an accident.

The other findings are surprising since most drivers don’t take driving safety seriously. Though they acknowledged that texting and driving is wrong, they still text anyway in order to remain connected to the world. Interestingly, most drivers who text and drive acknowledge that every driver has a duty to embrace driving safety at all times.

Y’all should know that ignorance is no defense!!!

Young women are the worst culprits in such incidents while their male counterparts embrace an attitude of upholding driving safety. In a twist turn of events, surveys show that most women are more likely to recognize the dangers texting and driving and have a negative attitude towards those engaging in such an activity.

Road safety begins with you as an individual! Road rules are enacted to be followed and not to be broken! Remember that the next time you are texting and driving.

However, men are more likely to act contrary to driving safety since they deem most of their texts and calls as important. Surveys show that men are likely to cause accidents while texting or picking up calls from their moms and significant others. Men often answer their phones while driving as compared to their male counterparts.

This data proves that male drivers annually account for twice the number of crash death that their female counterparts.

Young drivers are the worst culprits since they do not understand the importance of upholding road safety laws. Such drivers often send texts while driving yet they don’t give a damn about it! A young person’s belief is that you only live once (YOLO). This mentality is misleading and delusional and often results to many crash accidents. To believe that you are great at multitasking, demonstrates your sheer ignorance or lack of information.

With technology dominating the world, one out of ten young drivers have taken a selfie while driving and the same number have updated their social media profile while driving. If this is not insanity then the world is coming to an end.

Honesty is always the best policy! However, most drivers fail to uphold this virtue when asked whether they text and drive. A quarter of the drivers will admit to texting and driving while the other percentage will often lie about it.

Passengers should also know that they put their lives at risk when they agree to travel with a driver that is texting and driving. Is your life worth anything or do you want to die young and leave no legacy? Remember that your life is precious and an electronic device should not rob it.

Embrace road safety skills at all times because you never know what life has in store for you. Don’t just text and drive, think the consequences of doing that before replying to texts or picking up a call or doing other things with an electronic device.

I think it’s a high time we made a decision not to text or talk on any electronic device while driving. And even if you think that you’re an amazing driver with outstanding multitasking skills, think twice before you act.

Your life is so fragile and precious so purpose to guard it at all costs. If you’re among the Americans texting and driving, make a commitment to put away that phone and keep your eyes on the road for your own safety and that of others.

If you can’t live without your phone, try downloading apps such as RealNetworks ‘LISTEN’ ringback that informs your texters and callers that you are driving. This is likely to help you maintain road sobriety at all times.

Remember it is easier said than done. Change will begin with you!! So purpose to change.