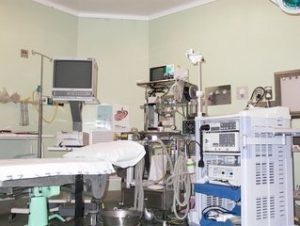 In wrongful death actions, as well as in civil tort cases in general, an injured plaintiff must prove that his injury was “caused by” the defendant in order to recover for his or her injuries. This doctrine, known as the “chain of causation,” stands for the preposition that a plaintiff should only be able to recover for harms which are a proximate result of the defendant’s acts. Thus a defendant will not be liable if the causal chain is broken by some intervening or superseding factor. To that point, the Supreme Court of Georgia recently reversed a lower court ruling regarding superseding acts in Jordan v. Everson.

Ben Everson was attended by Brian Jordan, an emergency room physician, two days before his death because Everson was hearing voices and hallucinating. Dr. Jordan diagnosed Everson with obsessive-compulsive disorder, ordered that he be discharged, and gave instructions that Everson should make an appointment to be evaluated at a mental health facility. Emergency room staff made an appointment for Everson at a local facility, but due to family contacts at Duke University, the Eversons decided to take Ben to Durham rather than a nearby facility. However, on the way to the facility, Ben took off his seat belt, jumped out of the moving car and was subsequently struck by a vehicle and killed as he ran down the highway.

Dr. Jordan moved for summary judgment as to a lack of causation for Everson’s death, but the trial court denied the his motion, ruling that a jury would have to determine that the action of driving Ben to Durham was wrongful or negligent before it could determine that such action broke any causal chain between Jordan’s conduct and Ben’s death. But, the Supreme Court of Georgia found this to be in error, as there is no requirement in Georgia that an intervening act be “wrongful or negligent” to break the causal chain. Rather than wrongful or negligent, an intervening act need only be foreseeable by Dr. Jordan, or if it was triggered by his conduct. In other words, it must have been foreseeable that Dr. Jordan’s actions would cause Ben Everson to exit the vehicle on the highway and perish in that manner for the chain of causation to remain unbroken. Additionally, the chain of causation would remain unbroken if Everson’s death were somehow triggered by Dr. Jordan’s conduct.

As the Supreme Court of Georgia pointed out, the effect of intervening or superseding causes depends upon whether the act of a third party will render the earlier act too remote to maintain the liability of the defendant. For example, say a doctor performs an operation successfully, and after a patient is discharged, he walks across the street and he is struck by a bus. Then, because of the recent operation he is more fragile and perishes. Even though the operation resulted in the death of the patient, he doctor will not be liable for the death of the patient because the doctor performed the operation successfully and the bus was an intervening cause of the patient’s death. Whether or not the bus driver’s actions were wrongful or negligent is irrelevant. The relevant inquiry is whether or not it was foreseeable that the patient would be struck by a bus and die because of his fragile state following the surgery. While a creative lawyer may be able to make an argument for the doctor to be held liable, the legal doctrine surrounding the chain of causation in such a case is well settled: the bus is an intervening cause that breaks the chain of causation. Conversely, say the patient is discharged with instructions from the doctor that it is safe to drive. However, on the way home, the patient loses consciousness due to complications with the anesthesia and suffers injuries as a result of the accident. In this case, the doctor may be liable, as it could be argued that it was foreseeable that the patient would drive pursuant to the doctor’s instructions. The variations in the two fact patterns may seem minuscule, but the slight differences can be the difference between a successful and failed recovery in court.

Moreover, even though Dr. Jordan did not prevail in the lower court, his attorneys were knowledgeable enough about the relevant legal doctrine to appeal the case up to the Supreme Court of Georgia, where the Justices unanimously applied the appropriate precedent and reverse the judgment in favor of Dr. Jordan. This case highlights the necessity for hiring an experienced attorney dedicated to getting the right result, even if it means multiple appeals.

The Law Offices of Kevin C. Ford represent clients throughout Georgia who were injured or lost a loved one in medical malpractice and wrongful death cases.   If you or a loved one has been injured  as the result of the negligence of a health care provider or facility, then please contact an  experienced attorney  immediately for a free consultation. Mr. Ford can help clients obtain monetary compensation necessary to pay for past, present and future medical care and provide for a fresh start. Please contact us today for a free consultation.