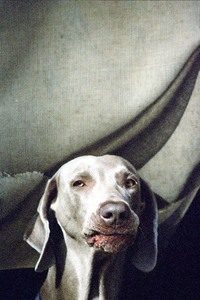 I am an admitted dog lover.  From a review of my pictures as a toddler to the present, it is clear that dogs have been and still are a large part of my life.  My wife just reminded me that I should also mention that she brought a cat (Ollie) into my life and he has been a good family pet as well. 😉

The last three dogs that I have adopted over the years have all been rescue dogs.  The first dog, Griffin, was found on Griffin Street in The Bluff – a rough and tough part of Atlanta – as I was working on a real estate project back in 1999.  The second dog, Roscoe, was found as a pup snoozing in the middle of a dirt road on a large farm in Valdosta.  The third dog, Rudy, was found (and purchased) on the side of Tara Blvd in Jonesboro as I saw a developmentally disabled teenager carrying the pup by his neck as I was driving back to the office from a pre-trial conference in the State Court of Clayton County.  Unfortunately, the first two dogs have succumbed to cancer.  Yet, both dogs lived past the age of 14 and were provided a good home, a big yard and lots of cold water.  And, yes, the value of the lives of these two dogs was profound and inestimable to me.

I get many phone calls to my office from strangers regarding animal law in Georgia.  These calls range from dog bites to veterinarian/day care malpractice/negligence.  A great majority of the phone calls revolved around the concept of the monetary value of the loss of the life of a pet due to alleged veterinarian/daycare negligence relating to diagnosis or treatment, among other areas.  I always felt bad to deliver the bad news to these owners when I would tell them that in general, Georgia law viewed dogs as the personal property of the owner and not worthy of anything more than market value plus reasonable expenses incurred to cure the animal and that the intrinsic value of the pet to the owner was not relevant.  In most cases, this method of determination of value made such cases too expensive to pursue.

Yesterday, the Supreme Court of Georgia, in Barking Hound Village, LLC v. Monyak, et al., declared that a pet dog is considered to be personal property and has value which can be determined by several factors.  A link to the actual opinion is here.  The case centered on a mixed- breed dachshund named Lola that was allegedly provided the wrong medication (and died) by personnel at the Barking Hound Village, a daycare, boarding and grooming facility in Atlanta. The case was appealed from the Court of Appeals of  Georgia to the Supreme Court of Georgia to determine whether the measure of damages (money) for the loss of a pet dog was the actual value of the dog to its owners OR the fair market value of the dog.

The pertinent holding of the Georgia Supreme Court was as follows: 1) a pet dog has value and is the personal property of the owner and the owner can file suit against anyone who injures or kills that dog; 2) the method to calculate damages for the injury and death of the dog was to include the fair market value of the dog plus interest and any reasonable medical costs and other expenses the owner incurred in treating the dog for its injuries; 3) the fair market value of the dog may be proved by qualitative and quantitative evidence including but not necessarily limited to its particular breed, age, training, temperament and use; and 4) the reasonableness of medical treatment and cost of treatment to the dog will be ultimately determined by the jury in light of the dog’s injuries, condition, and prognosis, as well as the reasonableness of bills of treatment, including the nature of the treatment and the time required to perform the treatment.  However, in no event, can the jury take into account the sentimental value of the dog to the owner in determining the actual fair market value or reasonableness of the bills and treatment.

The case has now been remanded back to the Court of Appeals for further proceedings consistent with the opinion of the Georgia Supreme Court. I would assume that the owners of Lola and the representatives of the Barking Hound Village may agree to some type of settlement within the framework of this case.  The bills involving the care of Lola were reportedly over $60,000.00 but I bet that Barking Hound Village paid more than that in legal fees alone – not taking into account any past/present/residual PR collateral damage.  One of the owners of Lola was a very capable insurance defense attorney who certainly knew his way around the workings of the legal system and courtroom. I don’t blame the owners one bit for taking this case to the highest court in the State of Georgia for clarification of the law as to the value of Lola.  In fact, I applaud their efforts.

The question remains as to what significance this case will have for dog owners in Georgia.  I believe that you will start to see more lawsuits being filed by owners of cats, dogs and other animals, including horses, that will follow the outline of value provided by the Supreme Court.  In order for these cases to succeed, you will need to prove that someone proximately caused injury and/or death to your pet. For example, if the potential case pertains to veterinarian malpractice, then I would expect that folks would hire a veterinarian expert witness to testify at trial regarding causation. Such an expert would not be cheap and would probably limit the number of cases that actually get filed and tried before a jury in Georgia.

As of the date of this blog, I am handling a case where a negligent motorist struck two clients who were riding their horses.  As a result of the collision, the two horses were injured so badly that both had to be put down by a veterinarian on the spot.  Additionally,  my clients received medical treatment and care for their injuries.  Although Georgia has a good number of previous legal decisions on the books dealing with the fair market value of a horse, this new case from the Supreme Court of Georgia will be instructive as well.

The Law Offices of Kevin C. Ford is currently accepting auto collision cases throughout Georgia. If you or a loved one has been injured as the result of the negligence of negligent driver, then please contact an experienced car accident attorney for a free consultation.