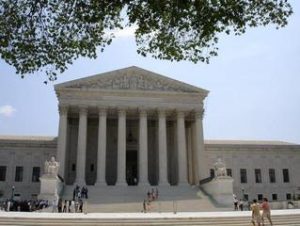 In 2018, the Supreme Court of Georgia in Cooper Tire & Rubber Company v. Koch, 339 Ga. App. 357 (793 SE2d 564), advised that the plaintiff has a duty to preserve relevant evidence when plaintiff actually anticipates or reasonably should anticipate litigation.   The above cited case involved a tire tread (manufactured by Cooper Tire) that separated from the left rear tire in 2012 which caused a Ford Explorer to strike a guardrail.  The driver suffered serious and permanent injuries and subsequently died from those injuries.

The left rear tire was the only part of the car that was saved from the Ford Explorer.  In 2014, the estate of the deceased filed a product liability claim against Cooper Tire & Rubber Co. which alleged catastrophic tread separation and resultant collision due to negligent design and manufacture, strict liability, and failure to warn. Cooper Tire filed a motion to dismiss the complaint due to spoliation of evidence.  The trail court denied that motion inasmuch as litigation was not reasonably foreseeable or reasonably contemplated by the plaintiff.

The Georgia Court of Appeals affirmed the order of the trial court and rejected Cooper Tire’s argument that the trial court focused exclusively on whether plaintiff subjectively knew that a lawsuit over the incident and tire tread allegation was likely. The Appellate Court held that there was a distinct difference between whether defendant “actually or reasonably should have foreseen litigation” versus the plaintiff.  The Court of Appeals held that the trial court did not abuse any discretion in relying upon Phillips v. Harmon, 297 Ga. 386 (774 SE2d 596)(2015), which applied an objective standard for spoliation.  Yet, the Court of Appeals did note that reasonable foreseeability of litigation involved both objective and subjective criteria.

The case eventually reached the Supreme Court of Georgia wherein the Court reiterated that spoliation means the destruction or failure to preserve evidence which is relevant to contemplated or pending litigation.  The Supreme Court analyzed the duty to preserve evidence from the perspective of the plaintiff and noted the following: 1) the plaintiff typically chooses when (timing) and if a lawsuit will be filed; 2) the plaintiff has actual knowledge of intended litigation vs. claims merely aimed at defendants; and 3) the plaintiff will have a definite timeline upon which evidence of consultation with an attorney and consenting to file a lawsuit can be discovered.   During this entire timeline, “the plaintiff would have a duty to preserve relevant evidence, while the defendant’s duty might not yet have been triggered if other circumstances did not put the defendant on constructive notice of the litigation.”

In short, the Supreme Court of Georgia concluded that plaintiff did not actually contemplate a lawsuit at the time the remaining parts of the Ford Explorer were destroyed. Whether plaintiff should have reasonably anticipated a lawsuit over the crash due to her deceased husband’s statements to her regarding the tire defect and instructing her to tell the wrecker to save the tire(s) before he died is not easily answered as: 1) the husband did not give his wife a reason to save the tires; 2) the husband did not disclose his opinion that the tires had a design or manufacturing defect which could result in a lawsuit; 3) the husband may have wanted to look at the tire when he became healthy to do so; 4) both the wife and the deceased “expected’ that he would recover; 5) there were “legitimate” reasons not to save the entire car, including the car was totaled with no collision insurance along with expensive storage fees and the wife was focused on her husband’s “well-being in the hospital”; 6) the Plaintiff was not investigating the crash at the time that the Explorer was lost; 7)  the Plaintiff was not consulting an attorney at the time that the Explorer was lost; 8) neither Plaintiff nor her husband advised that anyone was acting in anticipation of litigation; 9) no evidence existed that Plaintiff or any person examined the car before it was destroyed; 10) no evidence existed that Plaintiff kept only the one tire because it would help their case; 11) an attorney was consulted by the daughter many weeks after her father died; and 12) the plaintiff’s attorney attempted to save all evidence only to find out that only the tire was saved.

The Supreme Court also noted that Cooper Tire was not prejudiced by the denial of the motion to dismiss as the plaintiff still has the burden of proving her case of defect and causation to the jury without the subject car, other three tires, and the tread from the tire that was saved.

What is the importance of this case?  First, injured victims and their lawyers are now on notice that they have to behave by essentially the same rules as do defendants as to spoliation charges regarding evidence.  Second, injured victims should take immediate action to preserve all possible evidence.  Third, injured victims should contact experienced personal injury attorneys to preserve their rights and evidence as soon as possible. Fourth, all expert witnesses (who will testify at trial) should maintain and preserve all work product with regard to inspection and analysis of all relevant evidence.  How this will play out in simple soft tissue negligence motor vehicle claims is yet to be seen.  But, as this decision revealed, all cases are decided on specific facts and plaintiff’s lawyers and defense lawyers will continue to fight and spin those facts to aid their respective client(s).

The Law Offices of Kevin C. Ford is currently accepting car and truck wreck cases throughout the State of Georgia. If you or a loved one has been injured in a truck or auto crash, then please contact us today for a free consult regarding your legal rights and discussion of your particular set of facts at 404-869-6969 or 800-LAW-FORD.