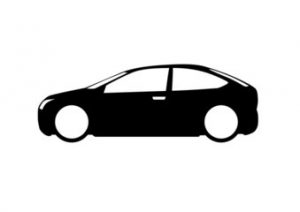 As technology continues to advance further towards the widespread use of autonomous vehicles, companies that manufacture automobiles and the autonomous driving programs will have to evaluate how to best mitigate the inherent risks involved in the creation and use of autonomous vehicles. Although eliminating human control will likely reduce the rate of accidents because of error in judgment or intoxication, the rate of injuries due to design or manufacturing defects will likely increase. Thus, the frequency of injuries and deaths will decrease, but the frequency of suits against various parties for defects will increase, as human error will no longer be a shield to liability for those manufacturers of the parts or programs for the vehicles.

In instances involving the software used to direct and control the vehicles, the programmers that design the autonomous driving systems which detect hazards or initiate maneuvers to avoid collisions will likely be the first group against whom suit will be brought following a non-human error accident. However, the manufacturers of the automobile parts could as Tesla, also face liability as downstream manufacturers or sellers of the automobiles that utilize the programs. The manufacturer or designer that will ultimately be liable will likely depend upon the nature of the accident at issue, but the nature or cause of the accident will likely not be unearthed until thorough and complex discovery is conducted. So, the sellers and manufacturers of the automobiles, as well as the programmers of the software and the designers of the control systems will all be parties to any lawsuit arising from a manufacturing or design defect claim.

Moreover, companies will also need to comply with whatever regulations the country, state or city in which it wishes to operate have enacted. But, this could prove difficult, as different states will likely enact different regulations tailored to most effectively serve the interests of its residents; Nebraska, for example will likely enact different regulations for its flat and straight roads and interstates than the winding mountainous roads of Tennessee or Colorado. Such regulations could differ as to licensing requirements for the operators of the vehicles, as well as specific programming mandates that dictate the degree of control operators must exercise at periodic intervals during the operation of the vehicle. Because of the potential difficulty that varying regulations across numerous jurisdictions would pose to the distribution of autonomous vehicles into society, the manufacturers will likely lobby Congress for a nationwide regulatory scheme to preempt any local or state regulations. While a nationwide regulatory scheme would be beneficial as to helping manufacturers minimalize expenditures, it would detrimentally curb innovation and novelty in the autonomous vehicle industry.

Another consideration is how autonomous vehicles will handle discretionary decisions such as deciding whether to maintain a current course and strike a pedestrian or veer off the roadway and risk injuring the occupants of the vehicle. Humans may be able to exercise discretion and employ a third option and avoid injuring either party, but a computer’s decision will be limited to a pre-programmed calculation that may not include a variable that a human would foresee. The legal ramifications of a computer program’s failure to see a means of avoiding an injury are entirely speculative at this point, with only the autopilot function of aircraft to serve as a comparison. However, airline guidance systems also have a secondary check that autonomous vehicles will not, where air traffic controllers monitor flight paths and alert pilots to any potential collisions. Such alerts will be unavailable to autonomous vehicles, as a similar nationwide monitor of all vehicles is impracticable, if not impossible. Thus, because computers will be forced to make decisions resulting in the injury or death of one person to save another, the programmers’ decisions of how to program the computers will likely be subsequently reviewed to determine if their programming decisions were sufficiently reasonable to preclude liability. Although the programmers’ task may be exceptionally difficult, any decisions they make will be heavily scrutinized regardless of how much thought or preparation went into the programming decision at issue.

Autonomous vehicles and their introduction into society have the potential of providing enormous benefits, but no benefit comes without risk. Unfortunately for the manufacturers and programmers, the risks associated with the use of autonomous vehicles are numerous and some are unforeseeable. Just as the innovative companies will spend years developing the technology necessary to effectively implement the autonomous vehicles into communities, the years following the implementation will likely involve complex litigation and disputes about whether the companies who stand to benefit so greatly from their introduction took the steps necessary to ensure that operators and bystanders were not subjected to unnecessary risks.

If you are injured as the result of the negligence of a motorist, then it is important to contact an experienced personal injury attorney immediately to investigate and gather evidence for your claim.  Moreover, find an attorney that can successfully try a case to a jury.  The Law Offices of Kevin C. Ford  handles the claims of Georgia accident victims. Contact us today, to speak to an attorney right away. As always, the consultation is free, and there is no obligation. Call us at 404-869-6969, or use the online form. We are available to answer all your questions.