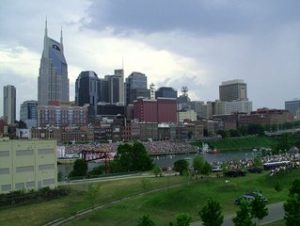 Generally, the Federal and State Governments and the respective agencies within each enjoy sovereign immunity from suit unless it unequivocally waives its immunity through statute. However, even when Congress or a state legislature waives sovereign immunity, the courts will construe the scope of the waiver narrowly in favor of the sovereign entity. The Tennessee Valley Authority (“TVA”) is a corporate agency of the United States created to engage in commercial power-generating activities. The TVA Act, which creates the TVA, expressly provides that TVA “may sue-and-be-sued in its corporate name.” Although the language of the Act provides that TVA’s sovereign immunity is waived, other exceptions may still protect the quasi-governmental corporation from tort liability.

Whether an exception protects TVA from tort liability depends upon the circumstances surrounding the plaintiff’s claim, and more specifically, what sort of actions in which TVA was engaged. In this case, the plaintiffs were participating in a local fishing tournament while TVA was attempting to raise a downed power line that was partially submerged in the river. When TVA began lifting the power line out of the water, the plaintiff’s fishing boat passed through the area at a high rate of speed and the conductor struck both plaintiffs, resulting in serious injuries to one and the death of the other. The plaintiff’s complaint alleged that TVA negligently failed to exercise reasonable care in the assembly and installation of power lines across the Tennessee River, and failed to exercise reasonable care in warning boaters on the Tennessee River of the hazards TVA created. The specific exception at issue here was the discretionary-function exception.

Courts use a two-part test to determine whether an agency’s conduct falls within the discretionary-function exception. First, the courts evaluate whether the conduct at issue is “a matter of choice for the acting employee.” Where an employee is required to follow a directive, such as where a federal statute or regulation prescribes a course of action for the employee to follow, the employee’s actions are not discretionary and do not fall within the exception. If the employee’s act is a matter of choice, the court moves on to step two, where the court considers whether the conduct at issue involves “the kind of judgment designed to be shielded by the discretionary-function exception. This second step is much broader than the former, and essentially involves actions or decisions based on considerations of public policy. Considerations of public policy can include everything from the allocation of resources, like personnel and time, to environmental impact. In this case, the Court declined to hear the plaintiff’s argument on the first part due to a procedural misstep – it is improper for the Court of Appeals to hear arguments raised for the first time in a reply brief – thus satisfying the first prong of the discretionary-functions exception. The Court also found that the challenged actions, that is the raising of the downed lines, could require TVA to consider public safety and cost concerns, thus satisfying the requirement that the decisions be based on considerations of public policy. As such, the Court ruled that the discretionary-function exception applied, that TVA was immune from tort liability in this case, and the Court affirmed the district court’s dismissal of the case.

This holding was an unfortunate defeat for the injured plaintiffs, but was arguably preventable. As stated above, the plaintiff’s attorney failed to timely raise an argument prior to a reply brief, and only relied upon a general citation, rather than identifying a specific regulation as required. While it is unclear whether the plaintiffs would have prevailed but for their counsel’s missteps, an experienced attorney familiar with the procedural and substantive requirements of cases regarding sovereign immunity would certainly have afforded them a greater chance of prevailing. The general description of the facts of the case set forth in the opinion appear to favor the plaintiff’s chances of recovery, and in cases with such favorable fact patterns, a preventable loss due to procedural mistakes are particularly unfortunate. This case highlights the importance of obtaining legal representation with significant experience in the specific area of law at issue in the case, as even where the facts clearly favor recovery, a simple procedural misstep can prevent an injured person from receiving the compensation that he or she deserves.

Please note that the Law Offices of Kevin C. Ford is currently accepting  injury cases throughout the State of  Georgia. If your child or a loved one has been injured as the result of the tortious conduct of another, then please contact me immediately, as time if of the essence and crucial information and evidence needs to be secured as soon as possible.  We have the necessary experience to help you!