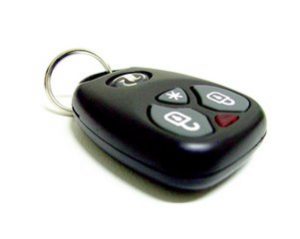 Automobile body shops filed several complaints against insurance companies, including State Farm, alleging violations of state tort law as well as violations of the Sherman Act’s antitrust laws, which prohibit certain anti-competitive conduct. The claims were based upon allegations that that the insurance companies engaged in a two-tiered scheme designed to depress the shops’ rates for automobile repair. First, according to the allegations, the insurance companies scheme was designed to set an artificial price, or “market rate.” The second part of the scheme was designed to force the body shops into accepting the artificially set rate by steering the insureds who sought automotive repairs away from the non-compliant shops that charged more than the artificial rate. The lower court initially dismissed the complaint for failure to state a claim upon which relief may be granted, based upon an assertion that the automobile body shops failed to plead facts that directly supported the existence of a violation of antitrust laws. The Court of Appeals reversal of the dismissal was due in part to the standard of review for dismissal for failure to state a claim, which requires the court to accept factual allegations as true and draw all reasonable inferences in favor of the claimant, and viewed in the light most favorable to the plaintiffs.

The first part of the scheme was essentially a horizontal price fixing agreement, where competitors unlawfully came together to form an agreement to set a price at which all agreed to sell a good or service. The Sherman Act makes unlawful “any unreasonable contract, combination, or conspiracy in the restraint of interstate trade or commerce. As stated above, the body shops plead facts supporting the circumstances from which the shops infer the existence of an agreement, rather than facts that directly supported the existence of the agreement. The circumstances pled by the body shops demonstrated parallel conduct, adoption of a uniform price, and uniform practices. When pleading antitrust violations based upon a horizontal price fixing agreement, plaintiffs usually must demonstrate that such a contract or conspiracy is unreasonable and anticompetitive, otherwise known as the “rule of reason” test. However, especially egregious violations are often classified as “per se” violations which are “conclusively presumed to be unreasonable and therefore illegal without elaborate inquiry as to the precise harm they have caused or the business excuse for their use.” But, as was the case for the body shops, where no direct evidence of an agreement has been proffered, an antitrust claimant “must show parallel conduct” as well as “further factual enhancement.” Thus, because the body shops “readily and plausibly” established an inferred agreement, the Court of Appeals found that they pled facts sufficient to survive a motion to dismiss for failure to state a claim.

The second part of the scheme, which was essentially a boycott, also runs afoul of the Sherman Act. The Sherman Act’s prohibition against any unreasonable contract, combination or conspiracy in the restraint of trade extends to boycotting, which the court defined as “a method of pressuring a party with whom one has a dispute by withholding, or enlisting others to withhold, patronage or services from the target.” So, while boycotting is not a classical form indicative of a concerted effort amongst competitors, it is, by definition, an agreement to take action, or refrain from doing so. While the Court of Appeals only found that the first part of the scheme amounted to a facial violation, the Court found that the allegations regarding the boycotting scheme amounted claims sufficient to amount to a per se violation.

As to the effect of reversing the dismissal, the Court of Appeals merely observed that the plaintiffs had pled facts sufficient to warrant further investigation, otherwise known as “discovery.” Because the auto body shops needed only to show “plausible grounds to infer an agreement,” the fact that it was able to raise a reasonable expectation that discovery will reveal evidence of illegal agreement, the court found that further proceedings regarding this matter were more than justified. This case demonstrates the importance of pleading facts in a manner that is consistent with existing law, so as to prohibit needless consumption of time and client resources in an appellate forum.

Please note that the Law Offices of Kevin C. Ford is currently accepting injury and harm cases, including auto accidents and truck wrecks throughout the State of  Georgia. If you or a loved one has been injured as the result of the tortious conduct of another, then please contact me immediately, as time if of the essence and crucial information and evidence needs to be secured as soon as possible.  We have the necessary experience to help you!