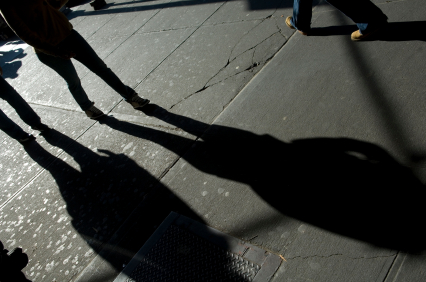 Several weeks ago, a Georgia mother of two was convicted of vehicular homicide in the second degree in Cobb County, Georgia. She was not driving or operating a vehicle. This conviction left a good many folks scratching their heads. How could a Georgia citizen be convicted of the death of another person by vehicle when such citizen was not even operating a vehicle or car at the time of death? Let me explain.

On the evening of April 12, 2011, Raquel Nelson, a 29 year old mother of three, was crossing Austell Road near Marietta, Georgia with her children to get to the Somerset Apartments. They made it to the median in the middle of the road and then proceeded westward over the remaining lanes of traffic.

On or around the same time, Jerry L. Guy, a 47 year old man from Marietta, was operating his van and collided into Raquel, her daughter and her son A.J. As a result of the pedestrian collision, A.J. Nelson died. Mr. Guy fled the scene of the collision. He was later apprehended and charged with vehicular homicide in the first degree, among other charges. Guy’s attorney admitted that Guy had drunk alcohol and presumably ingested pain medication earlier on the day of the collision. Guy was also partially blind in one eye. He entered into a plea bargain, and was sentenced to six months in jail and received a five year probation. Meanwhile, the mother, who was not driving a vehicle, was charged with vehicular homicide in the second degree for the death of her son. You can’t make this stuff up.

On July 12, 2011, three months from the date of the incident, Raquel Nelson was convicted in Cobb County of vehicular homicide in the second degree, crossing roadway elsewhere than at a crosswalk and reckless conduct. Her possible sentence included 36 months of prison time. Without going into too much detail, Judge Katherine Tanksley of the Cobb County State Court, offered Ms. Nelson a new trial.

Under Georgia law, a jaywalker can be convicted of vehicular homicide in the second degree. How is this possible? O.C.G.A. 40-6-393, the statute regarding vehicular homicide, states in pertinent part that “[a]ny person who causes the death of another person, without an intention to do so, by violating any provision of this title… commits the offense of homicide by vehicle in the second degree when such violation is the cause of said death…”

By enactment of this statute, the Georgia legislature intended that any person, irregardless of whether or not such person was operating a vehicle, would be guilty of second degree vehicular homicide if such person violated any provision of Title 40 of the Georgia Code and caused the unintentional death of another. Title 40 of the Georgia Code specifically deals with Georgia laws regarding motor vehicles and traffic. And, Title 40 contains a law that requires pedestrians to yield the right of way to all vehicles upon the roadway. O.C.G.A. 40-6-92.

A person is guilty of vehicular homicide in the second degree if such person violates a law contained within Title 40 and the unintended death of another is caused thereby. The facts reflect that Ms. Nelson led her 4-year-old son, A.J., across the road elsewhere than a crosswalk. As s result, A.J. died. Ms. Nelson did not intend that her child die as a result of her unlawful act. As we know, Raquel Nelson was convicted of crossing a road elsewhere than a crosswalk. This conviction was a violation of Title 40 of the Georgia Code. Thus, Ms. Nelson was found guilty under current law and was convicted of vehicular homicide in the second degree.

This conviction led to an outcry in the national and local media. More than 40 people showed up at Ms. Nelson’s hearing regarding her sentencing and pleaded leniency. Even Sally Flocks, president and CEO of the nonprofit pedestrian advocacy group PEDS, said Cobb County and CCT should revisit how bus stops are placed. “Cobb needs to modernize,” Flocks said. “The population here has evolved. It’s not all just people who drive. And that [vehicular homicide] law needs to be amended to make it only apply to people in vehicles.”

The nearest crosswalk was only 0.3 mile away from the point that Ms. Nelson led her children across the roadway. She was trying to get home before dark. She didn’t intend the death of her son. Yet, the Georgia legislature intended for her conviction under the vehicular homicide statute. It would appear that Georgia citizens’ fight is not in the courtroom or the court of public opinion; rather the fight should be focused in the Georgia legislature and the amendment of the vehicular homicide law in the next legislative session to prevent future unintended results.

The Law Offices of Kevin C. Ford is currently accepting pedestrian collision cases throughout Georgia. If you or a loved one has been injured as the result of the negligence of a motorist, then please contact an experienced injury attorney for a free consultation.