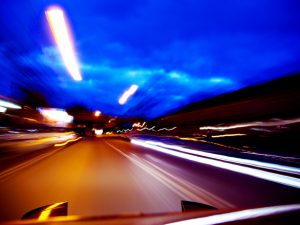 Automotive and technology companies that are involved in the research and development of autonomous vehicle programs will have to also weigh the legal implications involved in the manufacturing or design of such vehicles. However, analyzing potential liability will largely be based on speculation, as legal doctrine related specifically to autonomous vehicles is non-existent.

A potential foundational case could be filed on behalf of a man killed in a crash last year while using the semi-autonomous driving system on his Tesla, although the attorney for the family indicated that no decisions have been rendered at this time. The driver was killed when the Tesla, allegedly traveling at 74 miles per hour in a 65 mile per hour zone, collided with a truck. According to a report published by the National Transportation Safety Board, the collision occurred while the vehicle was in “Autopilot” and throughout the trip the system repeatedly gave the drive warnings that said “Hands Required Not Detected,” which indicates that the driver’s hands were not on the steering column, despite the system directing the driver to do so. Additionally, the report noted that during a 37-minute period of the trip when the driver was required to have his hands on the wheel, he did so for only 25 seconds.

The use of autonomous or semi-autonomous vehicles will likely increase as new technologies are developed, as will the frequency of accidents involving those vehicles. The litigation of those claims will raise novel questions about the admissibility and reliability of evidence pulled from the computer systems of the autonomous vehicles, as well as how to monitor and detect the actions of the drivers. As was the case involving Volvo, automobile companies have the means of manipulating reports generated by vehicles, and the accuracy of data generated by those programs should be heavily scrutinized.

In cases similar to the above-mentioned facts, the conduct of the driver will almost always be a material issue, and technology and automotive companies will be looking for new ways to protect themselves from legal liability. As such, drivers will be monitored through an in-vehicle camera or other recording device, and video evidence is generally held to be admissible. Furthermore, data or reports contemporaneously created by computer programs within the autonomous vehicles will likely also be recorded and stored either in the car or transferred to an off-site location. While records kept in the regular course of business are also generally admissible, a report or record created by a program within an autonomous vehicle is relatively new territory and the accuracy of such reports is untested, indicating that the admissibility of reports from autonomous vehicles is not guaranteed.

On its face, such records bear a distinct similarity to flight recording devices, otherwise known as “black boxes,” which are used by the NTSB to investigate aviation accidents. Because of the complex nature of the data recorded on the devices, the NTSB acts as an interpreter and uses the data to develop an accident report. However, federal regulations have been interpreted by several circuit courts as classifying the entirety of NTSB accident reports as inadmissible to prevent the reports from usurping the role of the jury. Other circuits have ruled the factual portions of accident reports to be admissible, but the length and specialized wording of such reports make separating the facts from opinions an exceedingly difficult task. As data generated through programs installed in autonomous vehicles will similarly be complex and nuanced, the NTSB will likely often be called upon to conduct investigations and publish findings or factual reports.  As such, the factual portions of the report may be admissible, assuming that such portions could be separated from portions containing opinions or determinations.

As to monitoring the actions of the drivers of the autonomous vehicles, individuals that purchase or agree to operate the cars will likely have to consent to being monitored while operating the vehicle, which may include data regarding their location, speed or direction, and possibly a video of the driver during operation. Such invasiveness raises serious privacy and safety concerns, as each time new technology is developed bad actors looking to take advantage of security lapses follow closely behind. Thus, Drivers who purchase, and companies that manufacture autonomous vehicles will both take on many risks in the venture, and the companies have a duty to mitigate as many of the foreseeable dangers as possible or risk facing liability for failures to do so.

Please note that the Law Offices of Kevin C. Ford is currently accepting car crash and car accident cases throughout Georgia. If you or a loved one has been injured as the result of the tortious conduct of a another, then please contact me immediately, as time if of the essence and crucial information and evidence needs to be secured as soon as possible.